¨with the silver crown on her head she leaves one world, and enters a new one.¨

Common to crowns in general is that placing it on our heads, puts us beyond just being a simple human being. And 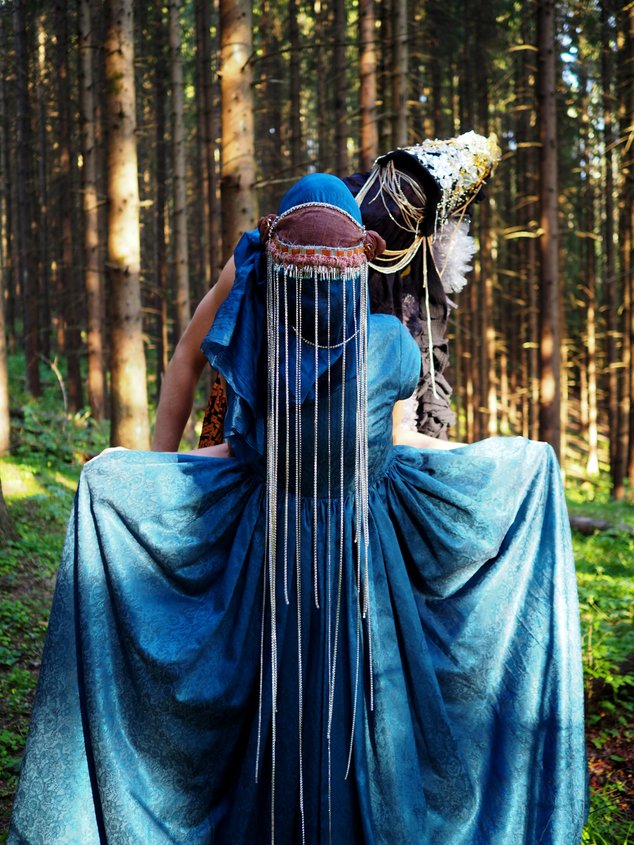 This originates from a fascination of the traditional Norwegian wedding crowns. Wedding crowns are however known from several European countries dating back around year 400. The crowns have their origins from the Middle Ages, when they were inventory of the Catholic churchs. They were rented or lent out for weddings and this tradition gradually spread out into society to peasants and common people. My idea, however, is not that the headdress is a religious symbol or that it symbolizes wedding ritual, although it is probably one of few rituals we still know today. In Norway, the bridal crown not only symbolized the bride's innocence, but it has also been a status symbol of wealth, power and influence of the bride's family. Another example of headdress is Treti Pivni, a Ukrainian headdress made of flowers and corn axes. The interesting thing about Treti Pivni is that the symbolism can be traced back to before Christ, where it is believed they were used, most likely by young women, as protection from evil spirits. A similar floral crown and tradition can also be found in Denmark, Fanø. There are many examples, and do these bridal crowns of silver, flowers or pearls, as seen on the West coast of Norway, actually have roots further back than that?

The hooded dresses is a representation of the individual while the crowns are a feeling or invisible energy, like the singing crickets and grasshoppers you never see, but can hear so clearly. And as in all cultures, societies and worlds, how will these two forces meet each other?